No professional and creative endeavor that's worth a damn ever goes off exactly according to plan. While we were thrilled to have our Imaginos Plus comic book fully funded on Kickstarter, that was just the beginning of one helluva process. Despite some bumps in the road and production changes, we are moving forward nicely.

Custom-designed Juda Fist and Imaginos Team T-Shirt prizes will be shipping out to backers as soon as the end of next week, and we have more prizes (sketchbooks, posters) in the pipeline after that. We've said it before and we can't say it enough: thank you again to everyone that has supported us, financially and otherwise, during this process. We are thrilled to be in a position to produce something real and awesome - hopefully something that we ourselves would want to experience as fans of the medium.

Here's a sneak peak of the superhero action-comedy Candy Coated, which will appear in Imaginos Plus. Hopefully you like the results we're getting as much as we do. Don't forget to click on the link at the bottom of this post: our Kickstarter Update will give even more details and sneak peaks of the colored pages! 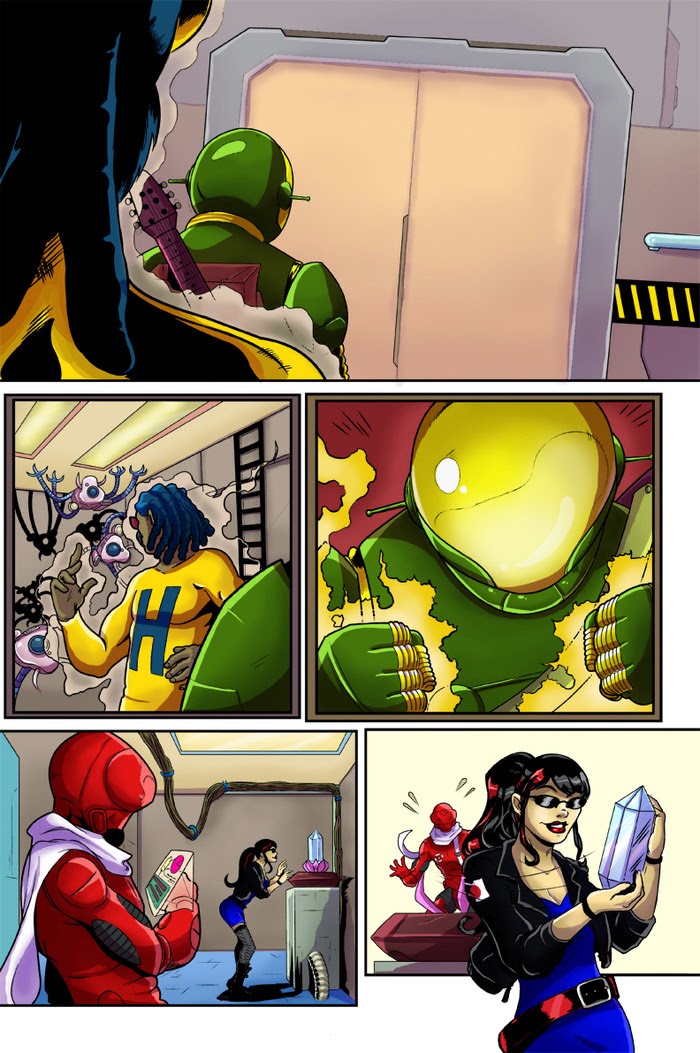