Crowdsourcing Comics: A Trial By Fire

In October of last year, we cancelled our first Kickstarter campaign before its deadline was up. Our "Imaginos Plus" comic book project received generous contributions from some friends, family and supporters, but it wasn't enough to meet our financial goal. After an encouraging opening push, the donations to our comic book anthology slowed to an ever-decreasing trickle. The campaign stalled at just over $2,000, not nearly close enough to our $8,300 goal. Our first attempt at crowdsourcing our artistic ventures was time-consuming, emotional and ultimately disappointing.

It was also a learning experience; it forced us to take stock of our own work and think practically about what it meant to produce a creative, collaborative project. It forced us to explain the value of our work to other people - a surprisingly challenging and rewarding task. There wasn't a clear-cut reason why our first attempt at crowdsourcing failed. Were we explaining our project well enough? Was our financial goal too high? Did we offer the right kinds of incentives to potential backers? Did we fail to market ourselves properly? Maybe it was just timing. Most likely it was some combination of these factors. And while no one wants to fall short, we learned a lot through the process. 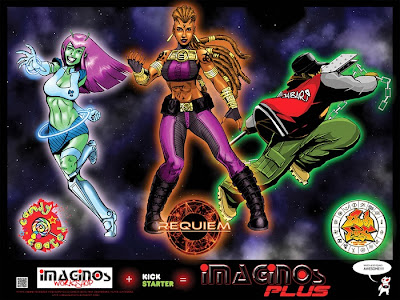 Fast forward to November 2013: our fledgling company Imaginos Workshop is now a registered LLC, and new artists and writers have been brought into the fold. We have a couple extra conventions under the belt, and we've made real progress on our comics. Our new Kickstarter campaign has a financial goal of $5,800 (well under our original asking price from the year before), without sacrificing any of the content.

This time, the contributions didn't stop after the initial opening volley. People watched our Kickstarter video over 500 times and pledged an average of $46. They shared our project on Facebook, Twitter, Palladium Books and other websites. Veteran writer and columnist Bill Baker interviewed Mark Dudley on The Morton Report, and we provided our own Kickstarter updates every step of the way. 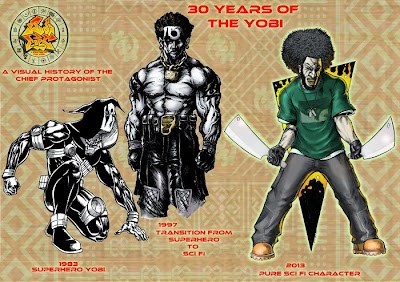 In the end, we finished at 114% of our goal. Our second try at crowdsourcing was an unequivocal success, made possible by the wonderfully generous contributions of all our backers. Perhaps it was important that we fell short on our first Kickstarter. It reminded us that some amount of failure and rejection is an inevitability in this business, and that it does not necessarily mean you're doing the wrong things. We were also reminded of the inspiring generosity of others ... an important lesson during the holidays. Our backers gave us the best Christmas gift we could have asked for. It means more work for us in the new year, but we wouldn't have it any other way. Thank you.

The Honeycomb Hideout Episode 18: Black Zero's Kickstartin' S.H.I.E.L.D. on the Day of the Doctor

What's up, 'Combies? The boys are back with a new episode! It's getting wild in the Hideout as Agents of S.H.I.E.L.D., the Doctor Who 50th anniversary and "walmartians" are discussed at great length. And with the Workshop's kickstarter in full effect, the boys wanted to discuss a lot of what's going on with it and into it. Though we were at $1,730 at the time this was recorded, we've now reached $2,560, so we're getting to the halfway point, but we still need more help.

So all of our 'Combies out there on the interwebs, if you haven't contributed yet, there's still time. But even if you can't, just spread the word and link to our kickstarter around to see if there aren't other peeps out there that can help make the awesomeness of "Imaginos Plus" a reality.  :D

Here's the link: The Imaginos Plus Kickstarter

Oh and don't forget, the Honeycomb Hideout's also available on iTunes for you apple-heads out there.  ;)
And also, for those morbidly curious enough about the insanity that was discussed during the "walmartians" segment, here you go: Walmartians. You were warned.  LOL
Posted by Imaginos Workshop at 10:46 AM 0 comments