Yesterday at 7: 05 a.m. EST the NASA spacecraft Orion successfully launched and eventually soared as high as 3,600 miles above the Earth. It was an unmanned capsule that is an important step in the campaign to eventually take a crew of humans to Mars.

"A human-rated system hasn't gone that far since 1972. ... That reminded us that here we are again, now, the United States leading exploration out into the solar system."

Here is an HD video of the launch of Orion's maiden voyage into space.

For a longer, lower quality video of Orion's launch and its ascent to its preliminary orbit above the earth, click here. And here is a Redditor's GIF timelapse of the spacecraft's path.

The capsule eventually faced speeds up to 20,000 miles during the successful reentry of Earth's atmosphere, and subsequent landing in the Pacific Ocean.

Posted by Imaginos Workshop at 4:27 AM 0 comments

Sneak peak of the Requiem poster, before inking. #ImaginosPlus 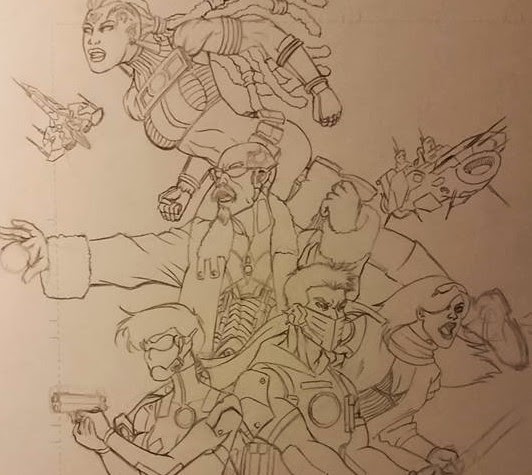 Almost done with the contours. Gotta put in the details tomorrow then off to the inks. Poster for J Albert Cain's REQUIEM comic.


Posted by Imaginos Workshop at 3:50 AM 0 comments