Here we are, 'Combies, the last episode of the year and the boys are going out in their typical flair! Come on down as Joe, Paul and Drew review Marvel's latest cinematic daliance, Doctor Strange. The boys give you the rundown on the film but also dive into a rather interesting controversy that spun out of a casting choice made in the film, as well as an in-depth dscussion on media coverage in general. Ready yourselves because this one gets really tangential so keep your head on a swivel because they're going all over the place. Oh and you'll also get to find out what a good sandwich is worth.
Download this episode (right click and save)

For context on the Huffington Post's article surrounding Tilda Swinton's discussion with Margaret Cho, see THIS!

And for what they're laughing at in the post-outro segment, that would be THIS and THIS! Yeah, that was basically this episode, y'all.  LOL 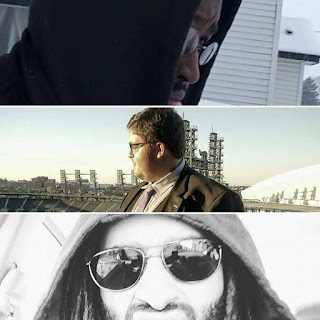 Posted by Imaginos Workshop at 4:34 PM